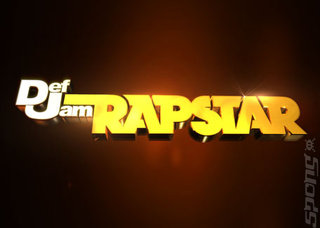 Cover your ears, the Def Jam brand is crossing Singstar territory. Budding MCs will be able to rap their hearts out in 'Def Jam Rapstar,' a Konami-published title that aims to expand on the company's rhythm-action portfolio.

Co-developed by 4mm Games, Terminal Reality and Def Jam Interactive, the game will feature 40 tracks from artists such as Kanye West, T.I., Young Jeezy and Dr. Dre. Alongside single-player and multi-player modes, there will be the ability to record your performance on an Xbox 360 or PlayStation 3 camera and upload it to a social network.

Kevin Liles, the president and CEO of Def Jam Enterprises, told MTV how Rapstar will differ from other singing games; "I think the game is all about hip-hop." Er, OK. "It's all about you and it's all about your social network.

"You know you can search YouTube, search MySpace, get a tweet about the hottest rapper from this particular ... but to actually see them in action is like a full demo. And every day we're going to be looking to see, 'Who's that next kid?'"

Hopefully there will be modes to freestyle - we don't see the next up-and-coming rapper to see fame by repeating lyrics from another 'G'. Maybe the videos will be more about the way you move and act as well as your voice.
Companies: Konami Terminal Reality