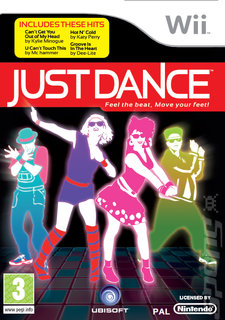 Don't look now, but budget party game Just Dance has grooved its way back into the #1 spot of the UK's all-format software charts (courtesy GfK Chart-Track) and Easter Holiday buying. The Ubisoft title has clinched the top spot on several occasions since its release last year, making its movements unprecedented in the Top 10.

Easter gave players a good chance to catch up on some gaming, as the rest of the Top 10 consists of the usual recent (and not-so-recent) suspects. Just Cause 2, enjoying an explosive #1 debut last week, drops a place while Pokemon Soul Silver and Heart Gold editions fall to #5 and #7 respectively. Battlefield: Bad Company 2 holds its ground at #3.

Now for the ancients. Modern Warfare 2 just got stimulated by its recent DLC pack to charge up two places to #4, while Nintendo favourites Wii Sports Resort, Wii Fit Plus and New Super Mario Bros. Wii command the bottom of the Top 10. FIFA 10 dribbles back into play after a brief spell outside of the charts.