Just Cause 2 destroys competition this week. 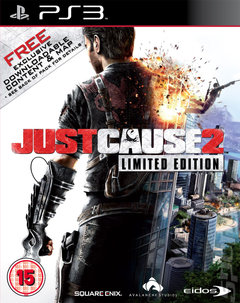 Is any cause really just? Ask Square Enix, a publisher that's no doubt pleased as punch that the open-world despot-trouncing sequel has claimed the top of the charts this week (courtesy GfK Chart-Track). Its performance does Rico proud - the original Just Cause hit #2 back in 2006. It marks Square Enix's second chart #1 in a single month.

The latest Pokemon release sells as well as expected too, with the Silver and Gold Nintendo DS remakes grabbing 2nd and 4th chart positions respectively. Silver must be the cooler colour, or something. All this hubbub - along with a striking resurgence of Modern Warfare 2 (+118%) - has dragged Kratos down from his previous chart-topping position into #7 (-60%).