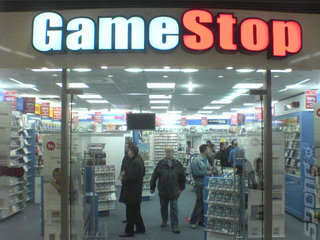 US retailer GameStop is feeling the effects of publishers' attempts to tackle the used games market, as the company gets hit with a class action lawsuit over "deceptive and misleading" sales.

The plaintiff, James Collins, argues that customers are not told that they cannot obtain the free downloadable content that is advertised on the boxes of used games. The filing claims that GameStop "fraudulently, unfairly, unlawfully and deceptively [misleads] consumers at the time of their purchase to believe that the game comes with free downloadable content, when it fact, it does not."

Examples cited are Mass Effect 2, Battlefield: Bad Company 2 and Dragon Age: Origins - EA games that offer DLC such as maps, characters and gameplay modes for players who purchase brand new copies. If you buy a second hand copy, you must pay an additional fee for the content.

Matters weren't helped by GameStop's limited time window in returning used games, claims Collins. The extra $15 paid for the downloadable content, plus the refusal of GameStop to take back the game and refund his money after the seven day returns period resulted in the lawsuit.