Director also has two other projects on the go. 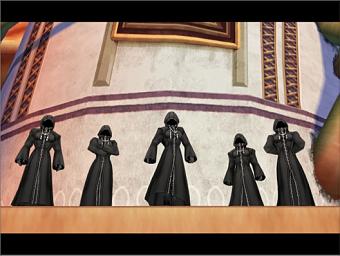 Yeah, can we just get back to Disney and Final Fantasy now? Cheers.
Square Enix's Tetsuya Nomura has confirmed the existence of Kingdom Hearts 3, continuing the popular Final Fantasy-Disney crossover that has seen huge success on the PlayStation 2.

Even better is the news that the workaholic director also has two other titles in conception - and this is all while work on Final Fantasy XIII Versus is still going on. One of these, he says in an interview (via HeartStation), will be released within the year.

The series director was keen to stress that the third title in the main series won't be the last, although it will plug up one of the big, confusing plotlines that began after the closing of the 2005 original. "The series won’t end in Kingdom Hearts 3 - [this will be] more like the conclusion of the Xehanort saga."

Good, because the Xehanort saga was kind of bent.

And don't think that Sora will be out of the picture any time soon, either - "It’s not the case that when Sora’s story is over another hero’s story will begin; Sora will be the hero until the end." Long as you give us Donald Duck and his raging ways, we're good.
Companies: Square Enix
People: Tetsuya Nomura
Games: Kingdom Hearts: Birth By Sleep