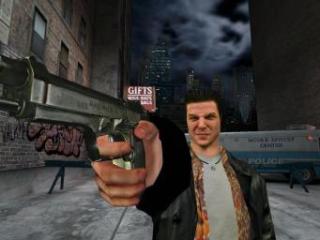 The game, released on July 27th in the UK, quickly secured the number one spot in PC charts, and is continuing to fend off competition from the likes of Operation Flashpoint and The Sims House Party.

Actual sales figures are unclear at present. Even those nice folks in Take 2 Europe?s PR Department are in the dark as far as even a ball park figure is concerned. However, ChartTrack and NPD Intellect (US) have confirmed that previous sales records have been smashed.

Max Payne is notorious for its stylish presentation and in-game bullet-time effects (you know, the bits where the action almost grinds to a standstill to enable you to savour the more hectic and graphic moments).

Until the sequel to The Matrix, the film, is released, Max Payne should satisfy players? bullet-time desires.