Could be heading to PlayStation 3. 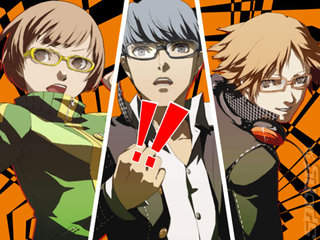 Sit tight, Shin Megami Tensei fans - Atlus is working on a new Persona game. But the series producer has spoken to Dengeki PlayStation magazine of his desire to mix the formula up a bit.

"We are preparing to start work on the next Persona," Katsura Hashino told the Japanese publication. "I want to add things that are being expected of the series, but I also want to change things that can be changed within those boundaries."

Hashino previously worked as director and producer on Persona 3 and Persona 4 - the latter being one of the last high-profile titles to hit the PlayStation 2 in 2009. Rumours persist that Persona 5 will make the jump to the PlayStation 3.

As long ago as summer 2009 Sony's mobile phone website published an interview with Shoji Meguro, in which he was listed as producer for Persona 5. However, that page has since been update to remove the title (see grab of the old page here), so it's nice to hear some sort of official confirmation on the matter.