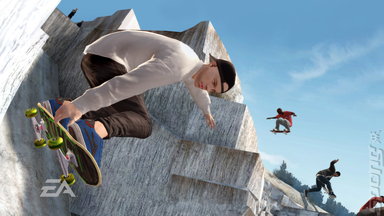 Black Box (and publisher) Electronic Arts, have provided street dates for Skate 3. And here they are:

You may want to read the various pieces of marketing that go with the announcement. They include:

This iteration of the series sees a tutorial element called "Skate.School" in which, "Coach Frank acts as a mentor and teaches newcomers the ropes".

You can also play one of the following skaters: