Heavily considering the iPhone too. 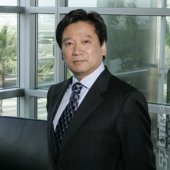 Square Enix has said it will continue to support the Xbox 360 in its push to attract Western markets, with a specific interest in the Xbox Live Arcade service and a consideration to dip into social gaming.

John Yamamoto, Chief Executive for Square Enix in North America, spoke with Forbes to discuss the future of the publisher. In recent years it has made inroads to capture the Western audience, with acquisitions in Eidos being the most notable.

"Everyone is aware that the U.S. and European market is the largest and that the Japanese market is limited right now," Yamamoto said in support of the publisher's moves. New titles under development that highlight Square Enix's direction include the upcoming Deus Ex 3 and Just Cause 2.

Alongside the Xbox Live Arcade, Yamamoto said the company was very interested in expanding its development for the Apple iPhone as well, noting its "unique controls." Of social games, he had no plans to reveal but mentioned that Square Enix is considering it.
Companies: Square Enix
People: John Yamamoto
Games: Deus Ex: Human Revolution Just Cause 2