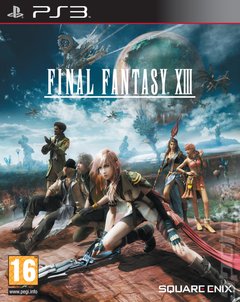 The power of the fal'Cie is too great for the common RPG fan to ignore, as Final Fantasy XIII smashes its way into the #1 spot in the UK GfK Chart-Track software Top 10 this week. Not only that, but it's also set the record - once again - as the best-selling game of the year so far, a mere week after Battlefield: Bad Company 2.

Bet you're curious as to which platform enjoyed the most Final Fantasy XIII sales, aren't you? Well, we can tell you that the PlayStation 3 version outsold the Xbox 360 version by a fair percentage. The PS3 version had 54% of the game's sales, while the 360 version accounted for 46%.

It's been three years since a Final Fantasy title has claimed the top spot in the software charts - the last one being Final Fantasy XII back in 2007. The record-smashing forces DICE's war game down to #2 with a sales drop of 38% over last week. Just Dance slides to third and Heavy Rain sticks to fourth.