Total sales down 15 per cent. 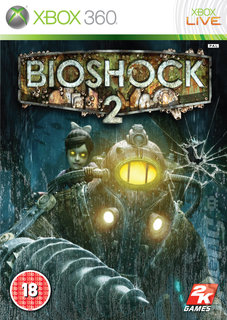 This might be one of the best Springs for gaming in a good few years, but NPD sales certainly aren't showing it, as February software totals in North America suffered a 15 per cent year-on-year decline, matching the drop in hardware sales. The total value of software sales for the month hit $624.4m.

However, despite the slump BioShock 2 managed to pull in some attractive numbers, shifting 750,000 units since its release on the 9th February. The Xbox 360 version sold more than other platforms at 562,900 copies. Nintendo's New Super Mario Bros. Wii came a close second in the single-format chart with 555,600 sales.

(Note: Chart position is first, then game name, publisher, format then sales numbers for the month)

"The Top Ten list this month is quite balanced between the three console platforms with three each for the PS3 and Wii platforms, and four for the 360," said NPD games analyst Anita Frazier. She adds that Modern Warfare 2 has become the third best-selling game of all time, with sales now just under 10 million to date. The Xbox 360 version takes third position on the chart, while the PS3 version lands in sixth.

Just Dance appears to be mirroring the success it's seen in the UK since Christmas, and SCE's Heavy Rain performs well for a niche story-led title.

We wonder where abouts Final Fantasy XIII will be positioned on this chart next month - of particular note will be the difference between the Xbox 360 and PS3 version sales, which has been a hot topic on many a game forum already. For the fanboys, it'll be an agonising wait yet.
Companies: Activision Electronic Arts Nintendo SCEA Take 2 Ubisoft
Games: Bioshock 2 Dante's Inferno Heavy Rain Just Dance Mass Effect 2 Modern Warfare 2 New Super Mario Bros. Wii Wii Sports Resort