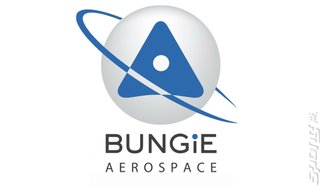 A clue to Bungie's future projects has popped up after Attack of the Fanboy discovered a recent trademark that was filed by the studio with the United States Patent and Trademark Office.

Named Bungie Aerospace, the trademark sports a new insignia and raises the possibility of the Halo developers establishing a division where it creates proprietary engines and software for other companies.

The details of the filing include the obligatory "Computer game software downloadable/for home computers/mobile phones/interactive software" spiel, but a different International Class is also applied that covers "Computer hardware and software design" for a range of purposes and applications.

With Bungie providing the backbone of the Halo universe - a series that is now being handled by Microsoft's own 343 Industries - and having a history of popularising and advancing the Xbox Live system, we can see why Bungie would want to go down this avenue of development. It would make sense.

Of course, Aerospace could mean something completely different. Guess we'll just have to wait and see.
Companies: Bungie