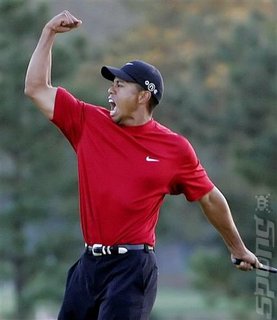 It will not have Natal support due to 'timing' issues however.

The wording of the Electronic Arts' release could be seen to indicate that the PS3's unnamed Motion Controller will also be ready on June 8th. This is, however, highly unlikely unless Sony makes an announcement at its off-campus GDC conference today. It is far more likely that, while support for the device will be enabled, you'll have to wait until closer to the big buying season around Christmas.

That said, we are also aware that Sony will be enabling 3D support for the PS3 in June, according to a Reuters report yesterday.

The game itself will also include the Ryder Cup.
Games: Tiger Woods PGA TOUR 11