Project Gotham developer gears up for another race. 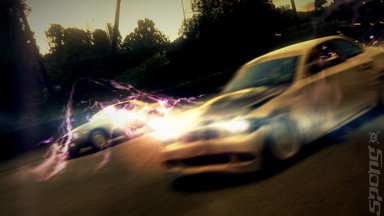 Activision has announced that Blur will be hitting the UK on the 28th May. To celebrate, Bizarre Creations has launched a beta test program for Xbox 360 console owners, running throughout March.

Once you're in, you get to play with 14 different cars in four classes (A to D) including the Volkswagen Scirocco and the Chevrolet Camaro 1969; four different tracks spanning Barcelona, Tokyo, Amboy and Long Beach; eight unique power ups and Twitter support.

The power ups in particular make Blur what it is, according to Bizarre, and so they have a lovely guide on how best to use each one here. Good luck in winning one!
Companies: Activision Bizarre Creations
Games: Blur