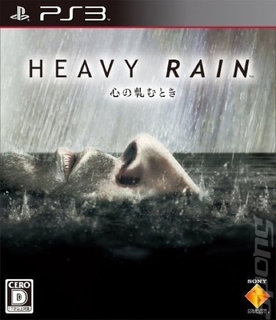 Let's revisit the Japanese software charts! This week's ranking (15th - 21st February 2010), courtesy of Media Create, shows a good performance for Quantic Dream's Heavy Rain, which entered at #6 with over 25,000 sales. The PS3 can lay claim to the top spot too, with Capcom's Resident Evil 5: Gold Edition update outselling all competition.

The Nintendo DS still dominates the handheld side of things, although it seems the Japanese have been a bit peckish for some deities, with Namco Bandai's God Eater coming in at second position this week. On the Nintendo side, Dragon Quest VI continues to sell well, and a new Yi-Gi-Oh game has boosted the platform further. Tomodachi Collection still won't go away.