Project manager hints comes off the back of Capcom iPhone announcement. 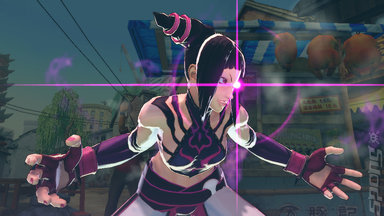 Capcom seems to be 'eyeing' up a lot of consoles for SF4.
If there's one thing Capcom loves doing, it's spoiling us with several variations of a Street Fighter game. And of course, to accompany Super Street Fighter IV on PlayStation 3 and Xbox 360, the publisher announced yesterday that an iPhone version is in the works. But it's not stopping there.

Capcom's project manager Natsuki Shiozawa wrote on her Japanese blog that she wants Street Fighter IV to appear on the PSP. Apparently, her colleagues at the company all have the same dream.

Would you want to see Street Fighter IV on a PSP? It wouldn't be the first time a fighting game has been downsized for the handheld, with BlazBlue and Tekken 6 being two recent examples. You can read the blog entry here, where Shiozawa-san tackles a gauntlet of fan questions and answers them most honourably.