Not the worst news but still, every cancellation is a body blow to Sega's dying console 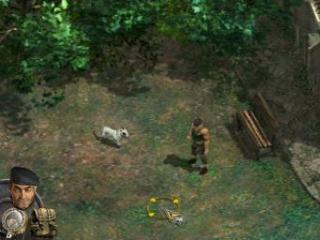 All Images (4) »
It seems that every Dreamcast game being produced outside of the safe walls of Sega?s own offices is being canned. Yesterday we brought you news of ToeJam and Earl rattling the can and today, Eidos has confirmed that all production on the Dreamcast version has been brought to a halt.

?Following Sega's announcement stating the company's departure from the hardware manufacturing business,? said the company in a statement. ?Eidos Interactive has carefully re-evaluated its investment in the Sega Dreamcast version of Commandos 2 and has decided to permanently suspend development of the game. Pyro Studios will instead focus its development efforts and resources on the PlayStation 2 version of Commandos, which is due for a Winter 2001 release.?

A PlayStation 2 version! That?s just what every Dreamcast owner was just dying to hear.

We will bring you news of tomorrow?s canned Dreamcast game, erm? tomorrow. Of course.