Bungie: 3D Halo? Not From Us

Studio has probably had enough of 'future Halo' questions. 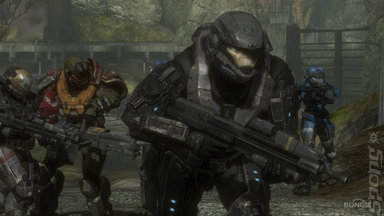 So er... what about a Zune version of Halo then, Bungie?
Bungie is working on Halo: Reach. Once it's finished, it will be done with the Master Chief-starring franchise, leaving Microsoft's own 343 Industries to pick up the mantle. But that still doesn't stop people from asking questions about future Halo games, for some reason.

CVG spoke to Bungie community boss Brian Jarrad ahead of Microsoft's X10 event and asked whether the studio would be interested in making a 3D Halo game in the future. Naturally, Jarrad said no.

?Not from us. I don't think that would be something our team would find interesting ? to go back and sort of [revisit Halo],? Jarrad explained. ?There's a lot of feeling that Reach is sort of a final conclusion to our Halo saga and I think people will be excited to move forward and try out next big thing after that.?

So that's 'no' to a 3D Halo game, 'no' to a Natal Halo game, and 'no' to the Halo series in general. Glad we finally got that straightened out. Now, would Bungie be interested in making a brand new game that took advantage of 3D technology? That we would like to know.
Companies: Bungie
Games: Halo: Reach