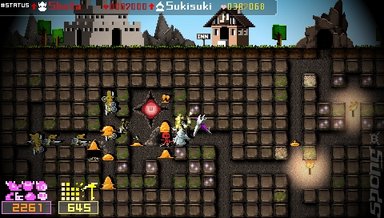 The original game has been pulled from the PlayStation Store temporarily, while its sequel has been delayed to 4th May 2010 (for North America) as a result.

If you're over five years old, you probably already know why the publisher had to make the alteration. “The original title had a conflict of interest with an existing IP and it was not NIS America's intention to create any conflict,” reads a statement on its official forums.

It's a sad state of affairs when companies act on an 'IP conflict' based on anything Robin says. And 1960s Robin, at that. Mind you if any other games website also reported from an Underwater Castle, similar to SPOnG's own patented domain, we too would intend to take legal action.

As one NISA forum member said, “the moral of the story is: don't mess with the Batman”.
Companies: NIS America
Games: Holy Invasion of Privacy, Badman! What Did I Do to Deserve This?