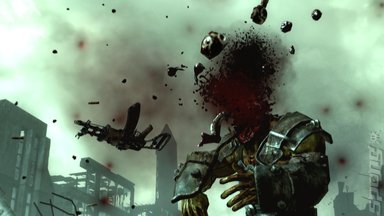 How did it come to this? In the ongoing court case over the development of the Fallout MMO, Interplay CEO Herve Caen has slammed Bethesda's conduct during proceedings, and suggested that the studio is looking to shut Interplay out so Bethesda can build its own Fallout MMO.

Duck and Cover has caught a 17-page statement from Caen, which objects to pretty much every issue Bethesda is arguing. For a bit of history; Interplay sold the Fallout franchise to Bethesda back in 2007, which gave the studio the rights to make a Fallout 3, 4 and 5 plus the rights to the license.

In addition to a cut of the revenue in return, Interplay would be allowed to make a Fallout MMO, as long as it started ?full-scale development within two years? of the date of the franchise sale. This appears to be the crux of the dispute, but recent moves by Bethesda to remove all mention of its own upcoming MMO has given Caen an extra reason to speak out.

?It is interesting that in or about August 2007, just four months after Interplay had entered into the TLA (Trademark License Agreement) with Bethesda, [its parent] ZeniMax Media LLC announced the creation of its own MMOG development house,? said Caen in the statement.

?Based on Bethesda's subsequent conduct it thus appears that Bethesda never intended to permit Interplay to develop and MMOG under the terms of the TLA and planned from the outset to terminate Interplay's rights and grant them instead to affiliated ZeniMax Online Studios for a Fallout MMOG.?

Caen also shot back at the time scale noted in the TLA, stating that Interplay has already satisfied the conditions mentioned in the contract, and that the language is not specific enough.

?Interplay and Masthead currently have a number of artists, programmers, writers and game designers working on this project so that Interplay can timely meet its deliverables as required by the TLA (Trademark License Agreement),? wrote Caen. ?I believe that Interplay had commenced what I would term ?full-scale development of its MMOG.?

The 2007 licensing agreement also allowed Interplay the rights to continue the sale of Fallout Trilogy, a compilation pack for the PC consisting of Fallout, Fallout 2 and Fallout Tactics. Bethesda is motioning to stop its sale, which is something Caen also addresses in Interplay's statement.

Bethesda argues that it is working on an Oblivion: Elder Scrolls MMO and not a Fallout one, but its secrecy in the matter is making their contention difficult to prove.

We suggest you read the whole thing linked through on Duck and Cover, it's turning out to be quite the drama.
Companies: Bethesda Interplay
People: Herve Caen
Games: Fallout Fallout 2 Fallout 3

Mysterious Stranger 2 Feb 2010 12:51
1/2
Interplay sold the licence and Bethesda did a bloody good job on Fallout 3. Interplay should get stuffed.

Interplay ran itself into the ground and closed its doors in 2004. Afterwords they sold the rights to Fall Out to Bethesda " (((and Bethesda did a bloody good job on Fallout 3 ))) " and now is using the money from the sale (and the hype that Bethesda has created) to get back on there feet. Smart business move but... you lame ass bastards anything else Bethesda can do for you??? Maybe if Bethesda was running the show Interplay wouldnt have laid off the "Black Isle" staff (who are the ones who really created Fall Out) and just maybe the rest of the talent they DID have woudnt have left and formed "Obsidian" (Jade Empire, Star Wars KOTOR, AND FUNNY AS HELL the developer of Fallout New Vagas).