Nothing changes - save the death of Bayonetta and Darksiders 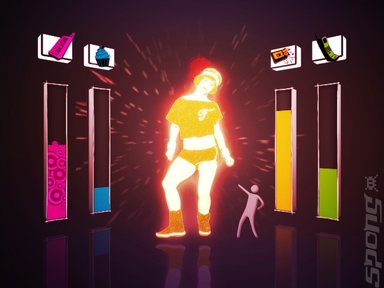 Okay, it's 2010, it's Week 3 of the Gfk Chart-Track video game chart (All Prices in this case) for the United Kingdom. Guess what? Ubisoft is having a good year so far.

Just Dance remains at #1; Modern Warfare 2 remains at #2... in fact the entire Top 4 is exactly the same as it was.

Darksiders (11) and Bayonetta (14) have both disappeared from the Top 10. What comes into replace them? Something exciting and cutting edge reflecting what British gamers are demanding? Here's what: Mario Kart Wii (10) and New Super Mario Bros Wii (7).

The chart is here:

And here's what Chart Track has to say on the matter:

"Ubisoft's Just Dance (-33%) continues to strut its stuff at the top of the All Formats Chart for a second week, well ahead of Call of Duty: Modern Warfare 2 (-10%) which just manages to sneak past Wii Fit Plus (-17%) to claim No2.

"It is the first Ubisoft title since the original Assassin's Creed to hold on to the top spot for more than one week. Last week Just Dance recorded the highest ever sales for a game in the 2nd week of the year and this week the only game to sell better in week 3 is World of Warcraft: The Burning Crusade back in week 3 2007. It is traditionally a quiet time of year for both sales and new releases and 2010 is no exception as the top sellers all jostle for position amongst themselves. The Top 10 is made up of games from only 3 different publishers this week with Nintendo still well represented with 4 titles.