War breaks out on the Eastern front. 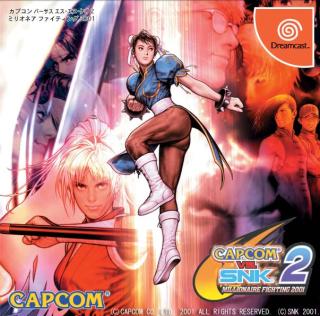 Upcoming DC version
The arcades of Japan will be awash with violence-hungry gamers today as Capcom Vs SNK 2 hits the streets.

Coming two days after the release of both Virtua Fighter 4 and Tekken 4, this is a good period for the Japanese arcade scene and bodes well for the rest of the world.

First played at E3, this version is infinitely more detailed and complex than its predecessor, with six different fighting grooves and many more new characters.

Also, Japan will be the first of what we hope will be many countries to enable cross-platform Internet gaming. When the console versions are released there in about six weeks, Dreamcast, PlayStation 2 and arcade gamers will be able to duke it out in real-time.
Companies: Capcom SNK
Games: Capcom Vs SNK 2