Very dark... about to hit an iceberg? 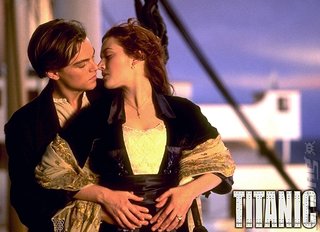 "I pwn u", "I pwn you too, shame you're gonna die. Kiss me!"
"(Halo) Reach is like Titanic", says Bungie creative director Marcus Lehto, in a recent interview, "we know the end from the beginning". Thankfully he's talking about the film rather than the doomed ocean liner.

What's new about the game apparently is that ?We came up with a number of campaign experiences which engaged the player ? brand new and exciting, and different from the usual 'I walk into a space and fight a number of AI'. That?s the foundation of what we've been spending so much time building, but we're adding brand new experiences throughout the campaign, and we continue to give players something new around the corner."