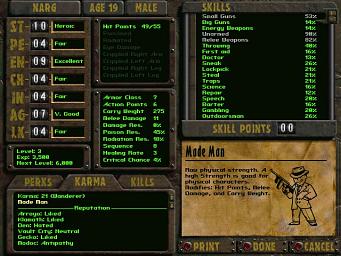 Thanks to a tip from the chaps over at DuckandCover, it's now become apparent that Bethesda has been working on a "World of WarCraft type" MMO.

D&C has been doing sterling work covering the ongoing case between Interplay and Bethesda/Zenimax regarding Fallout. As part of this, it's come up with the fact that Bethesda brought some information to court regarding the MMO that it's now "filed to redact...so their competitors can't find out about it."

Apparently the info regards the fact that "Bethesda has 'tens and tens of millions of dollars' and 'close to a hundred people' working on a 'secret' World Of Warcraft type MMO and they don't want their competitors knowing about it. They've been working on it pretty heavily since 2007 after assigning the team in late 2006. According to testimony given by Bethesda, the development timetable for an MMO is 4 years, so that would mean they would be releasing this game next year."

Of course, this could be shorthand for a Fallout MMO, which Bethesda can't brand or been seen to be working on until (and if) it wins it case against Interplay.
Companies: Bethesda Interplay ZeniMax Online Studios