Concentrating on new character and IP 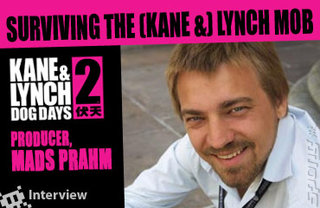 IO Interactive producer on Kane & Lynch 2: Dog Days, Mads Prahm, told SPOnG recently that his company would most likely be concentrating on new brands and IP.

We asked, "You guys mentioned in the presentation that Dog Days was 'Part 2' of a two-parter, but with a movie coming up do you think you might expand on the characters in the future?"

To which Mads responded, "I would say we're taking this one game at a time. At IO we've been pretty good over the last few years at expanding the types of games we create, producing new brands and characters ? so I figure we will be expanding on that side of things. As for Kane and Lynch... I can't really say."