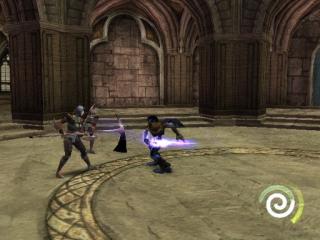 All Images (7) »
Eidos has released several new screens from its upcoming undead action game Soul Reaver 2 for the PlayStation 2.

Developed by Core, the creators of Tomb Raider, the new shots feature the ?pack combat?, system wherein multiple enemies attack intelligently, behaving as a unit as opposed to a group of individuals.

Also featured in these new screens is one of the game?s lead characters, Raziel.

Soul Reaver 2 is due for release in autumn this year.