It is catching up 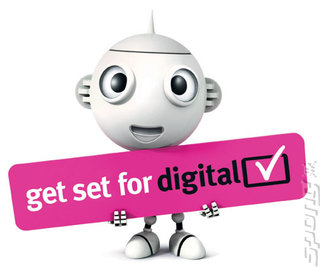 Yes, we know it's not technically digital download... but you try illustrating it.
US-based stats collator the NPD Group has released its Games Acquisition Monitor (a quarterly report). Headlining the report is the fact that "90 percent of all paid console video game acquisitions in the third quarter (Q3) of 2009 (July-September) were in the physical format".

Anita Frazier of NPD comments, "While physical retail product remains the driving force behind industry sales, the role of digital distribution in the games ecosystem continues to climb. Publishers and retailers must keep an eye on the current state of the marketplace and must map ahead for future strategies."

The report does point out that. "79 percent of games acquired for all other platforms which include portable, PC/MAC, mobile and smartphones, were in the physical format."

Other details to emerge from the report include:

- "Dual format (digital and physical) video game purchasers distinguish themselves from purely digital purchasers in that they are notably younger, since 70 percent of dual format buyers are under the age of 35 as compared to 46 percent for digital only purchasers."