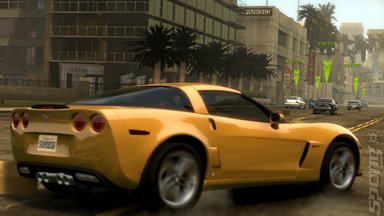 A blog post on Gamasutra, claiming to be the collective voice of the wives of Rockstar San Diego employees, has unearthed some controversy over the company's work ethics, and thrown the future of the Midnight Club series up in the air.

Known only as 'Rockstar Spouse', the blog entry details work conditions, health concerns of the San Diego development team and company 'dishonesty'. ?Employees are manipulated by certain hands that wield the reigns of power in Rockstar San Diego. Furthermore, the extent of degradation employees have suffered extends to their quality of life and their family members,? reads the statement.

Speaking of the Rockstar employees' continuous work hours, 'Rockstar Spouse' writes, ?Where there are times of acceleration, there are other times of deceleration in order to recuperate. This is not being practiced though, and instead of valued employees, a sentiment grows that they have lost not only the sense of being valued but turned into machines as they are slowly robbed of their humanity.?

With the threat of legal action for ?compensation for health, mental, financial, and damages done to families of employees? if the ?working conditions stay unchanged,? the blog entry has sparked an avalanche of dissenting voices against Rockstar San Diego management in the Gamasutra comments section.

One such voice, 'Bitter PartyOfMany,' suggests that the future of the popular Midnight Club racing game is on the rocks, with the statement ?Please, someone explain why the profitable and very functional Midnight Club team was ripped apart, their technology thrown away (after Midnight Club Los Angeles), and everyone who wasn't fired or quit was shoved onto a project that has been struggling for well over 4 years??

Curiously enough, venom is aimed at Rockstar San Diego's current project, Red Dead Redemption. 'Mike Bradley' calls it ?an organic disaster of the most epic proportions,? which contrasts with SPOnG's positive first look at the game last month. According to Mike however, the studio's alleged mismanagement has resulted in the game being well below ?worldclass" (sic).