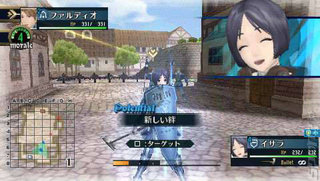 SEGA has announced that its strategy RPG sequel, Valkyria Chronicles 2, will feature some PSP connectivity with the PS3 original to unlock some familiar characters.

Save files for Valkyria Chronicles can be loaded onto a Memory Stick and inserted into the PSP. The handheld will detect its presence and let you play as Isara, the sister to Welkin Gunther, the original's main character.

If you don't have a save file, Isara can still be unlocked using a special password that SEGA plan to announce on the game's official website soon after its launch. Other secret characters from the first game that can be unlocked include Faldio Landzaat and villain Maximillian.