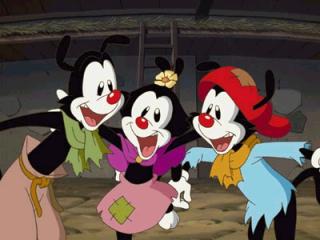 woo yah! HONK!
Warthog PLC has announced the signing of its first GameCube game in conjuction with Warner, Nintendo and Swing! Entertainment Media.

The deal will see four games on Nintendo platforms, including GameCube and Game Boy Advance, all from the Animaniacs cartoon show.

Ashley Hall, CEO of Warthog PLC, said, ?We are delighted at the opportunity to work with SWING! again on our first Game Cube project. We aim to produce some world-class games for the younger end of the market, and this deal marks a significant milestone in enabling us to do this.?