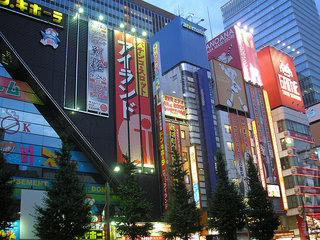 While the Japanese software charts was stormed by New Super Mario Bros. Wii, over in the region?s hardware sales we see that the platformer has also done good things for Nintendo?s console, with over 100,000 units sold this past week.

In fact, there were gains across the whole hardware board, with the exception of the PSP Go, which managed to sell around 400 units fewer units than last week. In the home console chart, the PS3 gets an increase of around 10,000, while the Xbox 360 managed roughly 2,000 more sales. The PS2 trooper came back from near relegation with an extra couple hundred units sold. That thing just won?t die.

Over in the hugely populated handheld market, the PSP has taken the crown from the recent DSi LL revision this week, most likely on the back of releases like Phantasy Star Portable 2 and the new Mobile Suit Gundam game. Sadly, this did not translate into PSP Go sales at all.

The DSi LL held its own though, with over 53,000 units sold and its smaller-screened cousin performing almost as well. The DS Lite is selling well enough for Nintendo to care, as well, but these days it?s all about those cameras.

Again, we hate to be banging the same old drum, but one of the year?s most highly anticipated games is hitting Japanese stores on Thursday in Final Fantasy XIII. The Wii and the PS3 have been battling for top spot for the last couple of weeks now, and we wonder if the RPG?s impending success could lead to a complete strongarming of the charts by Sony. One way or the other, next week's chart will make for interesting reading.

Figures are below. Previous week's are in ( ).