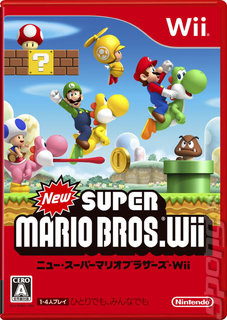 The PSP has had a good week as well, with Phantasy Star Portable 2 and a new Mobile Suit Gundam game hitting second and third positions respectively. Generally, it’s been a good week for new software, as a new Sengoku Musou (otherwise known as the Samurai/Dynasty Warriors series) grabs 4th and a new Pokemon spinoff debuts at #7.

Assassin’s Creed II had a respectable debut for a Western-made title, with the PlayStation 3 version creeping in at #10 with nearly 50,000 units sold. When you consider that the same positions have come from sales of a meagre 10,000-20,000 in the last few weeks, coming in at 10 is an admirable show indeed.

In general, sales are much healthier than past Japanese charts, thanks in no small part to the flock of exciting new product on store shelves. The big question is, what will next week’s chart look like? Final Fantasy 13 is launching on Thursday, and we have a feeling all hell is going to break loose.