More Eastern merger news as Konami and Hudson snuggle up

The age of the super-company is upon us 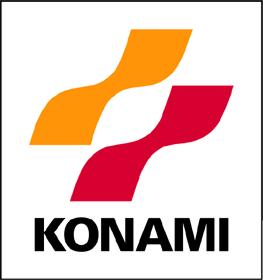 Following the announcement that Square, Namco and Enix are to team up, comes the news that veteran giant companies Hudson and Konami will be merging.

Hudson Soft, famed for its Bomberman series, is a massive publisher in Japan and is trusted with high-value properties such as Mario Party.

The agreement states that a strategic business alliance will be formed between Konami and Hudson that will see Hudson Soft absorb the Konami Computer Entertainment Studio known as Sapporo. In return, Konami will receive 45% of Hudson Soft shares via third party allotment of stocks, which will see Konami become the major shareholder in Hudson.

The deal also includes a development deal for mobile phone gaming and joint ventures in the games distribution sector.

By performing what is effectively a buy-out of Hudson, Konami gains access to Hudson?s expertise in the multiplayer gaming sector. It is widely accepted that Hudson is one of the best around at making this type of game, with Mario Party and Bomberman leading the field. Multiplayer gaming has never been Konami?s strong point and this should set the record straight.

Konami Chief Executive Officer Kagemasa Kouzuki stated that he believed the Japanese games industry will be dominated by just two or three huge companies in not too short a time, and wished to start making moves to ensure the future survival of the Konami brand.

?The alliance reflects our ongoing efforts to reduce the rising development costs stemming from advances in video game machines,'' said Toshiro Tateno, a director of Konami. ?The deal will boost our earnings over the long term, but the impact for the current business year is not yet determined because we are still making our assessment.?