Once a PS3 exclusive, but not any more! 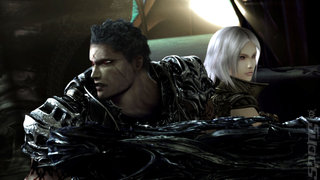 In what?s becoming a very popular U-turn in this generation, Tecmo has announced that Quantum Theory, once a PlayStation 3 exclusive, has gone multiplatform.

This is a move made even more curious by the fact that back in E3 2009 Tecmo stood by Sony?s console, stating that Quantum Theory (and Ninja Gaiden Sigma II) would remain a PS3 exclusive because "it?s the most powerful hardware."

Clearly, money makes the world go round more than technical power; and offering a title on both Xbox 360 and PlayStation 3 allows for a bigger return on investment. Still, Sony?s having a hell of a time keeping any third-party exclusives. Perhaps it was a sound idea to invest in first parties after all.

Quantum Theory has been detailed by critics as a ?Gears of War-esque adventure game?, where one controls a gun-toting fellow named Syd fighting in a shape-shifting battlefield. Voice chat and four online multiplayer modes were previously announced.

Like most devs they probably learned otherwise and after developing Sigma 2.

Joji 8 Dec 2009 15:12
2/2
Its a sign of the times, exclusives matter less these days and IMO, is a smart move by TK. This game looks groovy, so already you have one more potential 360 game sold, TK. More japanese studios need to follow suit, instead of dancing to the expensive Sony development whip.

On a similar note, Sega's Valkyria sequel hits japanese PSPs in January 2010. PS3 development and low sales stopped it from returning to PS3 again. A real shame, and I'm so surprsed Sega never consider porting the original and its sequel to 360 (I'd buy it in a heart beat). Doing so would have gained back all that money spent on PS3.

With Fist of the North Star and Quantum, looks like TK may get some of my money in 2010. Nice one.