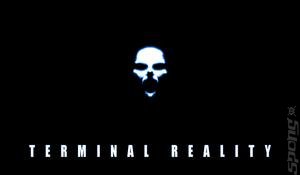 Ghostbusters developer Terminal Reality has posted some job positions online, looking for people to work on an ?exciting AAA Natal Title? that looks to be open world in nature.

The positions, posted on Gamasutra, include several programming duties that will aim to ?embrace and expose the ?fun factor?? in its as-yet unannounced project. Clues within some of the job descriptions point to an open-world game that involves driving and fighting mechanics.

A Senior Vehicle AI Programmer?s duties is said to include creating ?ambient vehicle and pedestrian behaviours, as well as race and chase AI? and ?vehicle navigation systems for both open and constrained environments, seeking AI, and avoidance AI.? Sounds like a sandbox-type action game to us!

The Senior Animation Programmer?s role includes ?development of animation tools and technologies that pertain to fighting style games.? All very interesting stuff indeed - particularly how all of these roles will fit into a supposed killer-app for the Xbox 360?s motion sensitive device.

It seems that Microsoft aren?t looking to simply create party games with the technology as once feared - we?ll keep an eye on this one and let you know if anything comes of it. Watch this space.
Companies: Terminal Reality