Possible sequel or side-project to Borderlands in the works? 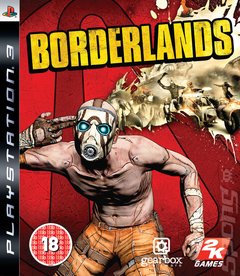 This is Borderlands. That is Borderworlds.
Gearbox has made no secret of wanting to turn Borderlands into series, and it looks like talk of a sequel may well come into fruition. A recent application to the Trademark Registration system makes mention of ‘Borderworlds’, with the registrant being none other than Gearbox.

So, 'Borderland' a nice little place full of mad people... and ending with mad people as well, if you've made it to the end. 'Borderworlds' more than one world of borders? Surely an MMO. Given the game's nods at World of Warcraft's itemisation, it's not a stretch.

Interestingly, the application was filed back in 2007, with its current status (made in August 2009) noting an extension to specify the exact use of the trademark. Could Gearbox have planned a sequel well in advance (Borderworlds would sound like an acceptable sequel name to Borderlands, after all), or is this the start of a different, albeit related project entirely?

Or perhaps it was the original name for Borderlands but never got used. It wouldn’t explain the several extensions submitted and granted for the application, however. Either way, SPOnG has contacted Gearbox for comment to help clear this up.

Any conspiracy theories - direct them to the forum, as always.

Tip of the hat to supererogatory for the trademark spot.
Companies: Gearbox
Games: Borderlands