Animal control and amazing AI. What more could you ask for. Fantastic new screens inside 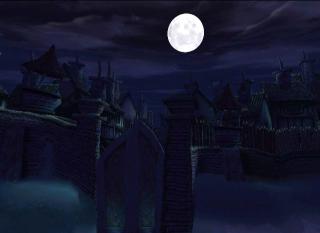 All Images (15) »
Eidos has release a mass of new screens taken from its upcoming PlayStation 2 adventure game Herdy Gerdy. Developed By Core, the development team behind the wildly successful Tomb Raider series, Herdy Gerdy looks set to make yet more innovations on the Adventure game genre.

?Core is confident that the title breaks the mould with its inventive gameplay, humour and distinctive graphical style, said an Eidos spokesman. ?Whilst the herding factor plays a key role, this forms only part of a marathon adventure that encompasses exploration, platform, strategy and puzzle elements. These dynamics are integrated within a vibrant world that features a delicately balanced eco-system.?

?Herdy Gerdy?s environments are expansive and visually diverse, comprising over thirty 3D graphic sets. All textures and objects are hand-drawn to a unique cell-type style. Exceptionally high levels of animation also feature throughout the title?s fauna and flora, reinforcing the concept of a living world.?

One of the title?s defining characteristics is the ?personality? applied to the creatures that roam its landscapes. Each set of animals has its own characteristics that are applied not only on an individual basis but also to a group rationale. An understanding of these behaviour patterns must be gained in order to successfully control the animals, guide them through the landscapes and maintain general balance. Characters comprise both predator and prey, of varying levels of intelligence. As such, interaction between animal groups must be carefully managed. A single distressed animal has the potential to create an unpredictable ripple of chaos that can result in disaster and, in the worst case, fatality.

You like? We like too! There is a real fad in the gaming wold at the moment for creating games that involve the use of animals. Pokemon is the obvious influence behind this. Every developer under the sun must have had a nosey at Pokemon at some time, and most hardcore gamers have had a bash. Already, Pikmin and Kameo: Elements of Power follow this theme closely.