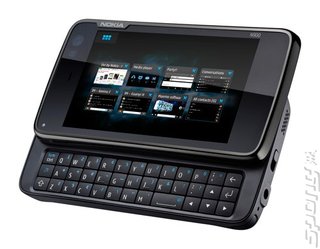 Nokia could soon be in legal hot soup with Nintendo, following an official video that shows its N900 mobile phone playing emulated retro games. The program allows users to play titles such as Super Mario World and Super Mario Bros 3 on the handset without Nintendo?s authorisation.

The mobile phone manufacturer published a blog post showcasing this new feature, that runs Game Boy, Game Boy Advance, NES and SNES ROMs. It could be a move by the company to compete with Apple?s iPhone as a gaming platform, but Nintendo is clearly not amused.

The Independent spoke to UK PR manager Robert Saunders, who said: ?We take rigorous steps to protect our IP and our legal team will examine this to determine if any infringement has taken place.?

Nokia states that users must provide their own ROM images to play the games, a move that could absolve it of any illegal activity as the program itself may not be infringing copyright. As such games are easily obtainable via the Internet, and with Nintendo using the Wii Virtual Console as a means to revive the very games this emulator can play, we could be seeing another R4 situation rear its head here.

The original video, recorded and published by Nokia, can be seen here but it is invitation only. However, Pocket Gamer managed to pull the original video and repost it for public viewing. Here it is.

Also, here?s a chap showing off a third party peripheral on the N900, which also demonstrates the emulator?s capability.

How can they sue Nokia for simply showing the device running emulated software.

They are not selling any emulators themselves or telling people to pirate games etc. They are simply showing some games running on the system.

Surely this would be the same as a TV manufacture showing an example of a movie being run on their tv even if it was a copied version of the movie that they were showing.

If they copied it. They could be suid for that.

If they are making or selling the emulation software. I'm pretty sure they can be sued for that.

Otherwise I really don't see how Nintendo can do anything other than suggest they don't show emulated games on the system.

I don't think there is a case there at all.

Space Monkey Alpha 27 Nov 2009 17:58
2/4
Nokia is promoting their device by demonstrating it's ability to play pirated Nintendo games which might otherwise be purchased from Nintendo.

way 3 Dec 2009 01:50
3/4
To get away from whatever is the case here, and whatever Nintendo may or may not intend etc and so on, but instead to generally discuss the situation industry wide, in general.

To restrict retro games to a single system, or even multiple systems, is to excise monopolistic control, it also expresses monopolistic control over fair use terms of people's pre-existing software. Both these things are more or less illegal under certain jurisdictions, well basically any fair and just legal jurisdiction (which is why companies have actively sort to change of diminish this).

Why should any companies at all be able to anti-trust double dip. All these games have had their days, their images should be made commercially available freely (still at a price, but to anybody), and laws passed to enforce this and to stop the public from being taken advantage of again and again and again.

The only real mandate legislators have is for companies to make a fair profit, but not to have unlimited profit unfairly. The legislators are there to serve public interests, fairly, and enable enough profit to enable fair services and productivity in the public's (fair) interests. To be complete, this would be while still having the mandate to enable services and productivity through other better alternative means as standard, in parallel or in place of (Government, charitable and community organizations).

But then again, most of you guys might be too lost in a fantasy world of video games, to recognize it.

It is pretty clear that, and emulator never requires pirated games, as a computer, or even owning a Wii, does not require or imply pirated games are being played on it, that is the only really clear thing.

Actually, showing a program on a TV during a commercial or movie, has been a big debate, and companies do demand payment for other companies allowing it, even though it (within incidental reason) should be covered by fair use. I am unfamiliar how this has turned out legally. I think that years ago, for a while, they even started blurring out trademarked names on buildings in films out of worry they could get sued. Technically, if the toilet seat/facilities was under patent protection, they could put such requirements and restrictions on their use that they could require you to use it only once every two weeks, on payday, with an charge of more than your entire wage for the two weeks, each time. That is how bad the patent law is in it's monopolistic profit and terms functions and, and fortunately we are lucky that generally, there is hardly any vital item or function in life that is still patentable (many already being generic, not new or novel, before patents came in).
Posting of new comments is now locked for this page.