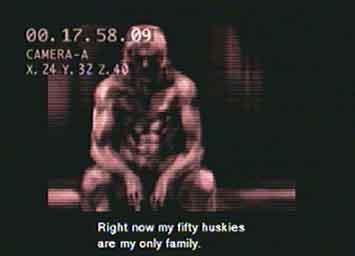 Video games such as Metal Gear Solid, Far Cry 2, and 24: The Game have "certain scenes and acts committed by players (that) would constitute violations of international law if they were real, rather than virtual".

So says a report put together by two Swiss human rights organisations called Trial and Pro Juventute. According to the Beeb, "Twenty games were scrutinised to see if the conflicts they portrayed and what players can do in the virtual theatres of war were subject to the same limits as in the real world."

The list of games is at the tail of this tale - they were scrutinised to for "violations of the Geneva Conventions and its Additional Protocols".

Having looked at a mix of games (including for some reason the game based on TV's 24) the study concludes that "The practically complete absence of rules or sanctions is... astonishing." Same as films? You might ask. Nope, films don't have the same level of interactivity.

The study analysed the disparate bunch of titles (guns and shooting being the common factor, if you compare Call of Duty 4 against True Crime Streets of LA) and came up with the fact that, "Thus the line between the virtual and real experience becomes blurred and the game becomes a simulation of real-life situations on the battlefield."

Right. Sure. Okay. What does all this mean? It means that gamers are getting an "erroneous message that conflicts were waged without limits or that anything was acceptable in counter-terrorism operations."

Apparently, "This is especially problematic in view of today's reality". So, last year, not so much?

All this research has lead to the closure of Guantanamo Bay. Oh, no it hasn't. It's merely sent confusing messages about video games most of which don't feature situations in which the Geneva Conventions are even applicable.

Svend Joscelyne 24 Nov 2009 12:17
1/1
I'm sure most of the things Arnold has done in his action films have proven to be violations of the Geneva Convention too. And Bond villains.

Oh wait, sorry Swiss chaps, is there supposed to be a difference between the two mediums?