Put on the hot sweet GT3 and prepare for a shock

Yes, we bring you even more earth-shattering news of GT3's success! 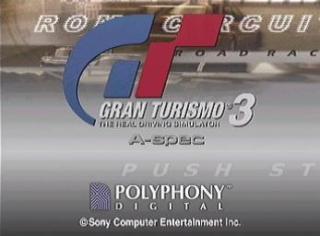 Gran Turismo 3: A Spec has sold rather well in the UK since its release last Friday, making last week the most successful ever in the console’s history in this country.

Around 100,000 copies were sold over the weekend to the installed userbase of just under 540,000 machine owners, making it the fourth fastest selling game of all time, behind Pokemon Yellow, Gran Turismo 2, and WWF Smackdown 2.

Sales of the game came to a massive Ł3.7million. This figure does not include the sales of additional consoles and steering wheels, which will have been huge. Gran Turismo 3 lifted the entire games market by 24% overall, with sales compared to last year up by 70%