Games are in the mainstream. 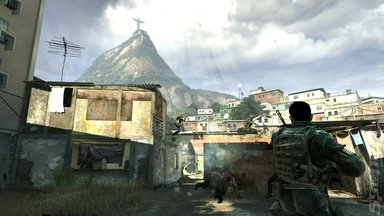 The Xbox 360 in the UK had an astonishing time with the launch of Modern Warfare 2. We know this because the figures for the console have been released in rough form.

Just in case you missed the full chart run-down here are the bones of the matter:

These facts come from Chart-Track, which has not publicly released the PS3 ballpark figure. Now, given that the other release platforms were PC and DS, neither of which is expected to get close to the console version, we'd expect Sony's version to be up and around the 600,000+ area in order to make up the difference.

Not wanting to be left out of the sales fest, the Director General of the Entertainment and Leisure Software Publishers Association (ELSPA) Michael Rawlinson has just pointed out that "These figures tell a clear story. The video games industry is now an established part of the mainstream entertainment mix."