UK MP Makes Fool of Himself Over Modern Warfare 2

Plus a Facebook group set up by an MP for gamers. 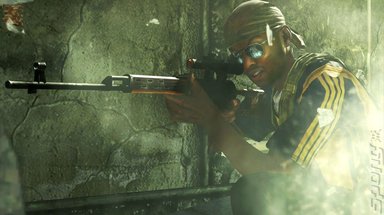 The BBC is currently carrying some hilarious footage of Labour's Leicester East MP, Keith Vaz, attempting to make some political capital from the release today of Modern Warfare 2. To give him his due, he had 'vowed' to do this as we reported this morning.

Vaz swept into his attempt to gain popular, mob, support by informing Mr Simon, "Is the Minister aware that at midnight tonight a new and violent videogame called Call of Duty Modern Warfare 2 is to be released? It contains such scenes of brutality that even the manufacturers have put in warnings within the game telling people how they can skip particular scenes."

Apparetly without realising that the game had already been given a very official 18 certificate, Vaz then proceeded to make a mockery of Parliamentary debate with, "Given the recommendations of the Byron Review, specifically paragraphs 32 and 33, what steps is the government proposing to take in order to ensure these violent games do not fall into the hands of children and young people? It?s not about censorship, it?s about protecting our children."

Simon's response was formulaic but correct, "This game the hon. gentleman refers to is a certificate 18 game, it should not be sold to children and the government's job is to make sure that adults, clearly labelled, can get what adults should be able to, and that children are not in danger of being subjected to adult content."

Watson responded, "Does the Minister agree that it would be better for this House to support the many thousands of games designers and coders and the many millions of games users, rather than collaborating with the Daily Mail to create moral panic over the use of videogames?"

Watson is more than simply making all the right noises, however. He has also set up a Facebook page called "Gamers' Voice". Speaking to GI, he said of the group, "I've thought about [creating a group] for a while, but I was so incensed by yet another Daily Mail article that I just pinged it up there to gauge reaction. And frankly, 400 people in what, four hours, I?ve been slightly taken aback by it."

In terms of his fellow politicians, he points out: "There is a legitimate debate about how you handle difficult content. What we?ve really got to do is educate these young MPs to realise the scale of the industry and the cultural significance of the industry, because they?ve just had three years of Keith battering on about the industry, about the content."

Calls for Watson for PM were ringing around offices throughout SPOnG's Underwater Castle.