Buy incomplete games at retail, then finished levels via DLC. 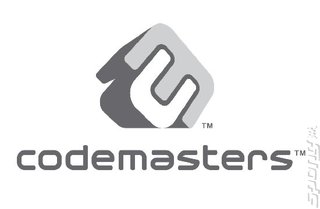 Where do you think the games industry is headed? Digital distribution, or continued reliance on traditional retail? Why not both, asks Codemasters CEO Rod Cousens, who has suggested to GamesIndustry in a recent interview that incomplete computer games could be sold for less physically, and built upon later using the online model.

“Let me give you a scenario that could happen in the next three-to-five years," Cousens said. "That games aren't at Ł50 - they're at Ł20-30, but they're unfinished. You then have to download future levels or packs to progress through the game, and within those downloadable packs you also have micro-transactions.

"You can do that directly, or you can do it in conjunction with retail, where they have a code to unlock future packs and they participate in the margin”, Cousens continues. The approach would apparently help knock out pre-owned game sales as a side-effect, which many talking heads in the industry have been lamenting over the last few years.

The Codies head certainly doesn't have any ill will against retailers like GAME though – Cousens offers that this new initiative may well benefit the brick and mortar stores more than re-selling product. But it's certainly something that the CEO is looking into, and is hoping others will follow.

So, buying half-games for 20 quid, then buying the bits to finish it at DLC prices. Who's game?
Companies: Codemasters
People: Rod Cousens

Ergo 9 Nov 2009 11:41
1/5
Err, so, what exactly is different about this from episodic gaming, except for the additional milking provided by micro-transactions??

no_loss 9 Nov 2009 13:27
3/5
if this every takes off, let's hope developers don't confuse "unfinished" with "unready" (if there's such a word) i.e. properly function game with missing content vs. bugged game that needs patching like mad.

like Ergo, i also thought about "episodic gaming" the moment i read the article.

Billy 12 Nov 2009 16:02
5/5
After the lies and cynicism that CM showed its customers for Operation Flashpoint Dragon Risng, its doubtful Codemasters will be in business for much longer.

They have made a lot of bitter enemies in the people who got shafted by paying through the nose for their "unfinished game".