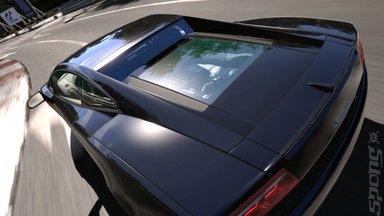 With GT 5 releasing in March in Japan, it's a open question as to why the rest of the world isn't getting it... or at least isn't getting news as to when it is getting it. Or it was, the games mastermind, Kazunori Yamauchi, has now stated the reason for the news desert.

So, can he prod them? "My job is to create the product, not sell it", says the taciturn Yamauchi.

It's a fascinating interview throughout with gems such as "From our perspective, it doesn't seem like that long a time. To make Gran Turismo 5, we threw away the legacy code from GT4 and started from scratch. It's been five years from [the release of] GT4, and that's the same amount of time it took to develop the first GT4. To create a game from scratch, that's the amount of time it takes to get it right."

Also, while manufacturers have offered to pay to get their cars in the game, Yamauchi has never considered taking the cash. And that's despite the current incarnation costing $60 million to make. There will be 400,000 polygons per car, 70 different track layouts and 20 different environments, with the team aiming for 1,000 cars.