Week 44 and the charts go serious 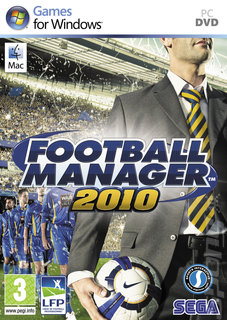 Football Manager 2010 versus Wii Fit Plus; serious PC-based management sequel versus casual sequel to family friendly blockbuster. Last year your money would have gone on the latter. This year sees SEGA's footy bureaucracy belter take the top spot. Nintendo's game sits in at #2.

Chart-Track also details the risers, the fallers for its chart as follows:

The Xbox 360 exclusive double pack of Grand Theft Auto: Episodes from Liberty City from Rockstar and Take 2 hits the chart at #6. While Tekken 6 enters the fray at #8.

But what of the much hyped DJ Hero from Activision? Have a look at the Chart below... you won't find Mr Jay-Z's favourite game in the Top 10, because it entered the chart at #20.