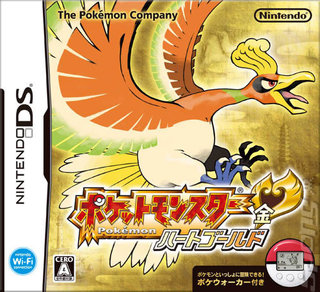 Media Create has released the Japanese software sales for the past week, and there are quite a few new entries courtesy of some Western talent. Games traditionally release on a Thursday in Japan, and games such as Forza Motorsport 3 and FIFA 10 lead the foreign charge, with Uncharted 2 still performing well at Number 9.

Of course, nobody expected to see Pokemon Heart Gold and Soul Silver to be knocked off the top spot, and sure enough it's still there, with nearly 120,000 more trainers-to-be trying to catch 'em all. Wii Fit Plus ranks at Number 2 and Tomodachi Collection, together with Wii Sports Resort further down the list, round up a decidedly Nintendo-dominated sales chart.

Level-5 makes a good showing this week with the new release of Inazuma Eleven 2, the sequel to the awesome role-playing sports game. With FIFA making it to the land of the rising sun, can we hope for the first Inazuma Eleven to reach European shores? No? Oh well, import again it is, then.