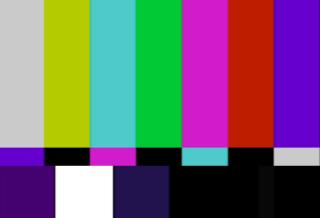 All Images (2) »
We were quite concerned about the rumours flying around that the PAL release of Gran Turismo 3 was going to run considerably slower than the Japanese or American NTSC versions. We decided to put this to the test.

We set up two TV sets and two PlayStation 2's, one running a UK PAL copy of the game and the other running the Japanese NTSC version.

Gran Turismo mode was selected and the same car, a Diahatsu Charade in this case, was selected on each machine. Then it was off to Machine Test mode and over to the 1000 metre sprint for a timing exercise.

The timer ticked down and both joypad buttons were pressed at exactly the same time. The cars set off and it was difficult to tell if one was going faster than the other. Looking rapidly between one screen and another made it seem as though there was a difference. 800, 900, 1000 metres, and the race was complete. Aside from a negligible hundredth of a second there was no difference.

This test was repeated three times with exactly the same results.

The aforementioned rumours stem from back when all games were two-dimensional. Due to European TVs running at a slower frame rate than Japanese and American sets, the frames of animation in 2D games could not be translated correctly by European TVs. This left the programmers with two options. Either redraw all the animation to fit the 17% slower European TV standard or release the game 17% slower with the animation left intact. The latter was always preferred. Now that games are in glorious 3D, animation frame rate is not an issue. It takes an object ?x? amount of time to travel from A to B, irrespective of how much animation is required to get it there. It will not have crucial frames missing as the console renders the 3D object in real-time.

This now leaves only one thing to do. Get down the shops and get yourself a copy of one of the finest works of ?gamesmithery? in living memory.