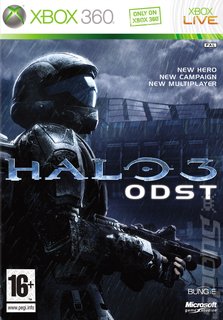 The US software sales figures are in, and in a contrast to the PlayStation 3's good fortune on the hardware front, it's Microsoft that takes the top spot in the game charts. Halo 3: ODST had an impressive run and sold over 1.5 million copies.

Nintendo's Wii Sports Resort is a distant second place with 442,000 units, with the Xbox 360 version of Madden NFL 10 rounding off the top three. While the PS3 hardware might have done well, it seems that the only games to shift on the console were multi-platform titles Madden NFL 10 at 6th place and Batman: Arkham Asylum in 8th.

On the music front, The Beatles: Rock Band is doing well to fend off Guitar Hero 5, with the 360 and Wii versions hitting the top ten. You can see a breakdown of the charts below, with the amount of units each game sold.