FIFA 10 the start of an "unnecessary and worrying" trend for industry. 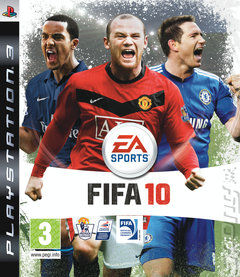 Guess not everyone's happy about FIFA 10's retail price blitz. Sensing that such a practice could become very common quite quickly, key members of the UK games industry have spoken against the concept of vastly under-cutting RRP.

MCV spoke with a few publishers on the fact that Tesco and Asda were selling EA Sports' latest football title for under Ł30 on release day. Naturally, they didn't think much of the fact that they could potentially get less money for their work. And the threat of Asda selling Codemaster's Operation Flashpoint: Dragon Rising for Ł27 suggests an uncomfortable trend.

Peter Stone, boss of Konami UK said that, "It appears FIFA has been used as a spearhead in a fresh market-share battle between the supermarkets, and this can only lead to similar retaliation with other key titles. It is our understanding that retail sets these prices, and they are unnecessary and worrying."

Bethesda's CEO Sean Brennan declared that such moves by the supermarkets devalues the publisher's brand, and that, "it only moves market share around rather than generate[s] additional sales." It was suggested that the UK industry could adopt a business model from France that restricts stores from selling games severely under cost.

While it could be argued that more copies sold can only be a good thing, it is worth noting that market share doesn't really mean an awful lot to a developer or publisher that's only just managing to claw back the costs of their project as it is.

DrkStr 8 Oct 2009 17:21
1/2
Surely the publishers dont care as the games have been bought from them at their prices? The only ones losing money are the supermarkets, and they seem happy to do so.

Lath 8 Oct 2009 23:25
2/2
@DrkStr supermarkets use their position to bully suppliers into selling at rock bottom prices. See them chickens selling at a couple of quid a pop? The farmers will probably be lucky turn a profit, so they end up moving to more intensive, industry methods.

Tho the same maybe isn't quite so true in videogames*, the fact is that publishers dare not tell the supermarkets to f**k off. Yeah. Even EA. Lol

*you could argue that shovelware like FIFA is the gaming equivelent to industrialised farming.