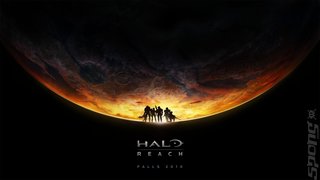 Reach for the stars...
If there's one thing we learned about the Halo franchise over the last few years, it's that it has legs. That thing can run. And according to Bungie's creative director Frank O'Connor, it's going to be running for a long time.

"We do have a plan that goes out at least six years," he told USA Today. In what is being defined as an attempted emulation of George Lucas' Star Wars, the house of Master Chief has many more ways of telling the Halo story, including more computer games (fancy that), comic books and movies.

Some of the Halo novels have been well received by fans and critics alike, and O'Connor is intending to expand the space-shooter universe as comprehensively as possible "Eventually, it will become very apparent that there is a plan for the way the canon all ties together and the way the comic books and the novels all tie together."

The products USA Today discussed included Halo: Reach, the prequel to the original 2003 Xbox game which is described as a "first-person shooter with an additional multiplayer mode" (surprise); a set of Marvel Comics series called Halo: Helljumper and Halo: Blood Line; anime compilation Halo Legends which feature works from five of Japan's top studios; new book Halo: Evolutions and a bunch of McFarlane action figures including the lead character from Halo 3: ODST.

O'Connor did touch on the supposed 'will-they-won't-they' movie, originally planned with Peter Jackson, but suggested that the project is on hold for now. "We're being very careful to pick the right time and the right partner."

So while Master Chief's adventure may be over (for now), you can still enjoy the Halo franchise for a good half-decade yet. Rookies, rejoice.
Companies: Bungie
People: Frank O'Connor
Games: Halo 3: ODST Halo: Reach